What makes Cuban Cigars so special? 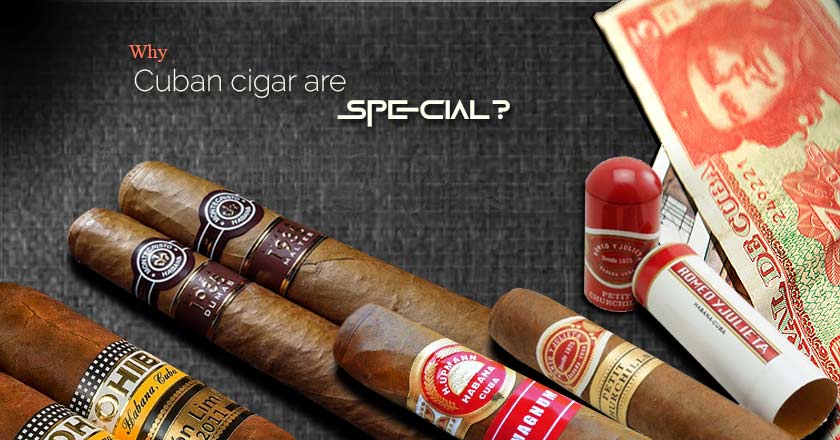 Cuban cigars are world-famous for being high quality and some of the best cigars on the market.  At tobacconistonline, we take pride in offering an extensive selection of Cuban cigars and our online range is one of the best in the UK.

So why are Cuban cigars so sought after? We explore the reasons behind Cuban cigars being such good cigars and what makes them a firm favourite with Aficionados around the world.

Cuban cigars have been made in the same way for several hundred years. The traditions and expertise is passed down through generations of tobacco farmers, cigar manufacturers and cigar rollers (Tordedors). Cuban tobacco farmers grow the tobacco in only the best conditions and have an in-depth understanding of when to pick leaves and how long to dry them for. Cuban cigar manufacturers have the capability to create incredible blends and the Tordedors understand how to hand-roll cigars perfectly.

Cuba’s cigar industry is still under direct government regulation which operates a strict product quality control to help maintain its high reputation. Each cigar that leaves the factory has to be well made, expertly rolled and must not have any flaws or imperfections.

It is estimated that over 100 steps are involved in producing a single Cuban cigar and the Cuban cigar industry follows a detailed production ritual that has remained the same for about 100 years. This production process sets Cuban cigars apart from other cigars made in other countries.

Made with only Cuban tobacco, Cuban cigars have a strong flavour and aroma which appeals to many experienced smokers. Other cigars are made from a blend of various tobacco types which does appeal to some of course but doesn’t produce such strong and authentic flavours.

Cuban cigars are very pleasing to the eye. Hand-rolled by Torcedor’s, each and every cigar is rolled to look perfect with a smooth outer wrapper with an even colour and texture.

Still not convinced? Then all we can do is suggest you try a Cuban cigar for yourself! We are sure you won’t be disappointed.