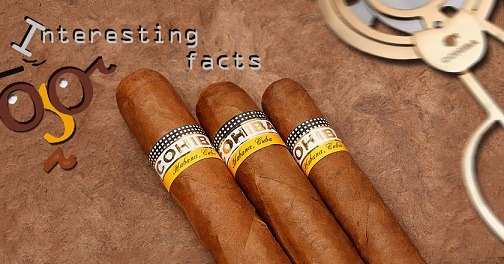 The Cohiba brand has an interesting hi story – here is a summary of facts about this elusive Cuban brand. Look for Shave and Coster in any UK directory; to choose from an exclusive collection of Cohiba cigars.

Many Cuban brands were privately owned before the revolution and were subsequently nationalised. Cohiba however, was only created after the revolution in 1966, especially for Fidel Castro who fell in love with the cigar blend after trying one that his bodyguard was smoking. He asked who had made it, got in touch to find out the winning blend and soon after that, the Cohiba production line started. Cohiba continued to be Fidel Castro’s personal cigar of choice and is symbolic of Castro’s Cuba.

Cohiba cigars weren’t for sale commercially for several decades and the only way you could get one was if Castro himself gifted you a cigar. The cigars were selectively distributed as diplomatic gifts to dignitaries, heads of state and to Castro’s inner circle.  At that time, the illusive cigar came in one thin size—the 7 1/2 inch by 38 ring gauge Lancero.

Cohibas first became commercially available in 1982 in Spain.  In 1989, Cohiba was launched globally with a range of new sizes – including the Cohiba Robusto cigar, the  Churchill-sized Esplendido and the very small Exquisito.

Habanos won’t reveal which farms in Cuba produce the distinct tobacco that is used to make Cohiba cigars. All that is known is that they’re located in Pinar del Río.

Cohiba is the word for tobacco in the native language of Cuba’s indigenous Arawak people.

Cohibas are the most expensive regular-produced cigars from around the world. Cohiba Behikes are even more. But fans of the brand are not deterred and they are still extremely popular cigars that are often bought online. Buy Cohiba cigars online at tobacconistonline.com

There have been ongoing lawsuits, counter-lawsuits, appeals and many hearings since General Cigar started selling Dominican Cohibas in the U.S.A, in the 1980s. They are arguing over whether trademark laws apply when there’s a trade embargo against the very country that owns the trademark.

Like all luxury brands, they are widely counterfeited. If you are offered a Cohiba cigar for a very good price on the streets of Cuba, it is highly likely that it is indeed a fake.